OTHER SITES ARE FLAG FOOTBALL

This is the Pros. Serious Fantasy Football.

The Broncos backfield just got a major shake up

A winner and loser from every game with snaps, targets and more from each

Believe it or not: Bench Kyle Pitts? 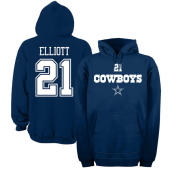